This weekend I went to the ISPO in Munich. It was my first time to go there but definitely not the last time. I really had a good time out there.

There also was a little railjam, I did compete but didn’t get in the final. I was pretty stoked about my riding. I had some sick tricks laid down.

This was the F1 race car at the gopro booth. SICK!! 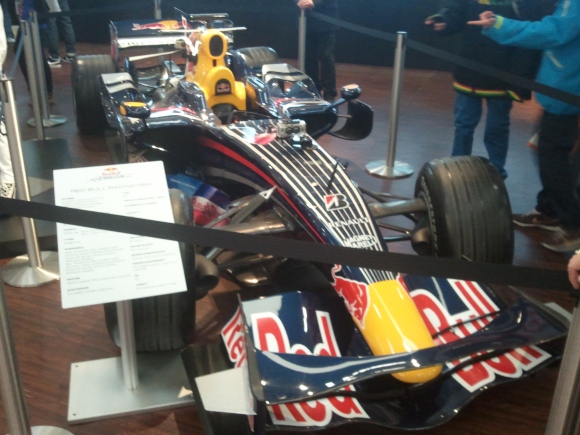 Here is a video of me doing 10 Tricks at Snowworld Zoetermeer.

Last Thursday I left for a Europecup in Les 2 Alpes. We flew for Rotterdam to Grenoble. It was a short flight and almost an empty plane. Martinus was waiting for us at Grenoble to drive us to Les 2 Alpes. We took a touristic route which was pretty skechty but cool aswell. After 2 hours we arrived at the hotel. The rookie team was already there for one day. They trained the whole day. Some guys were pretty stoked about the shape of the pipe. So woke up the next morning and it was windy and snowing! So we went up just to do some shredding. First problem we got in was the lift got stuck for 1,5 hour. We got out the first lift and got in the second. We got stuck for another hour. When we got at the park there was so much snow. I left after one run. It snowed so much in one day, like 50 cm. We got up the next morning and it stopped snowing. The lifts didn’t open till 10:30, so we got a small lift up and we were riding powder like crazy. When the lift opened we got up to the pipe but they canceled the first contest, so we could train the whole day. Did some good airs and FS 5’s. I liked the pipe very much. Good shape, big and pretty long. The next day the contest was on. First run I did felt so good. Second run I did my contest run, stomped it first try. I was so stoked to land that because I didn’t ride pipe for the last 2 months. My quali runs were clean, that got me up in to 14th place. Just 1.3 points out of the final. Pretty stoked about my result. Next day the slopestyle contest was going loose. First there was a box than 3 kickers and than you could choose a rainbow rail or a pyramid. It was the first time I did hit the course, it felt good. My run was FS tailslide to fakie, Cab 5 mute, BS 3 indy, FS 7 Tailgrab and BS tailslide 270 out. That got me into the finals. Jesper Kicken got in the final on 3th position. In the finals I felt on the first box 2 times unfortunately with a FS blunt 270 270 out. Which got me in 12th place. Jesper got 11th. After the final we packed our bags and drove home!

Saturday was the Burton air jam in De Uithof, Den Haag. There was a good kicker, good people and good speed so the event was on.

The qualies were a jam format, which is pretty cool. I landed al my tricks as soon as possible to do some fun stuff. Like rodeo’s and stuff.

I was in the final, you had 3 runs best one counts. I landed a FS 720 double tailgrab who got me into first place. STOKED.

Thursday on my way to Les 2 Alpes to get my points to go to the WC in Jasna!

Rocco and Dimi got through to the semi’s. Rocco fell down in the training really bad. But he was still riding the semi’s. Big up to Rocco for his 20th place.

And to Dimi, he got 37th. Nice job guys. The night after that the finals were on, the opened the big kicker. 26m table, steep inrun and a short transition.

Seppe threw down the Cab 1440, which was good for a 3th place. Eric Willet got second. Mark did the most awesome run possible, starting of with a backside 12 double cork to cab hardway 270 gap on the down flat down. He won 40.000 US dollars.

I had the most awesome powder week thats possible. So much snow it was unbelievable.

A big heavy hitter, lots of snow and good people are the ingredients for the O’neill Evolution. Yesterday I had qualies, it was snowing the whole day. So the big kicker was closed. So it was on to the small kicker, which was pretty big aswell. You can easily spin 10’s on it if you go big. So first run I did Fs 720 double tailgrab and Stalefish to back board gap. It gave me 36 points. After al first runs I was 11th so i needed to step up my game. So I did a fs 1080 Tailgrab. Really big but just couldn’t  land it. So I didn’t get in the top 10 which I needed to get in the next round.

For now I am gonna ride pow pow for the rest of the week!! PEACE OUT

Finally arrived in Davos after a hectic trip. After we picked up everybody it was going crazy. First problem we got into, our trainer did gasoline in the car is stead of  diesel. So we had to wait till they came to pick us up. It took us 3 hours to be back on the road. We were back on the road for a long time. Than ran in to the next problem and that was the way up to Davos it was snowing. So we got stuck, but after a half hour we got back on the road.

With packed bags, stoked feeling and friends I am leaving to the O’neill evolution tomorrow.

This is what I am gonna ride for the next week! STOKED. 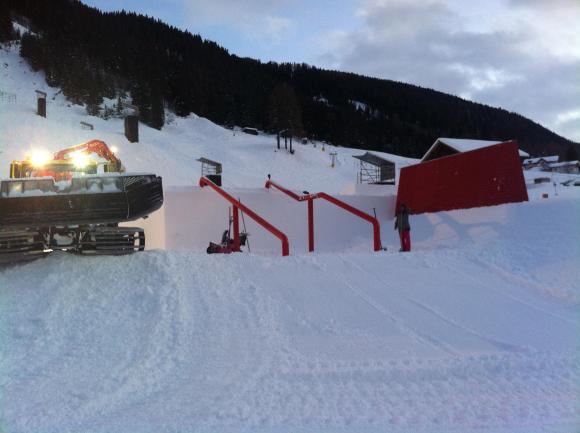 Some pictures I made on my trip to Keystone.

It was such a good trip, sick riding, alot of fun and some amazing new tricks.

Best time of my life. 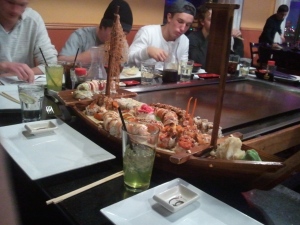 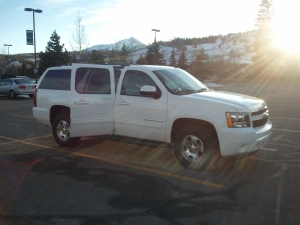 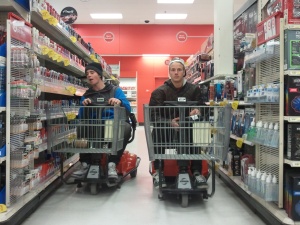 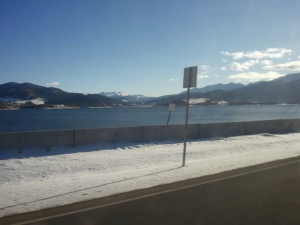